When cells begin to grow out of control, in almost any part of the body, they can become cancerous.

This cancer is an aggressive type of rare cancer that develops in cells that begin to grow out of control in the mesothelium, which is the lining that surrounds many of the body’s internal organs.

Age and Gender
Although it is possible for mesothelioma to occur in young people and children, it is very unlikely because it is rarely found in people under the age of 45.  Be aware, your risk of contracting increases with age and it is also more common in men than in women.  This is likely due to men having the jobs that exposed them to much more asbestos.

The average age of a person being diagnosed roughly 69 years old.

The following are the 3 most common forms of cancer in the mesothelium.

Vary rarely mesothelioma will arise in the lining that surrounds the testis. This is called tunica vaginalis.

Mesothelioma cancer occurs in the thin membrane that surrounds the body’s internal organs. Cancer forms when the DNA in the cells of the body are damaged. DNA is the chemical in body cells that make up our genes, and changes in the genes might cause cells to grow out of control which then leads to cancer.

The main cause of mesothelioma is asbestos. When the tiny asbestos fibres are inhaled, they travel to the pleura through small air passages. Once there they cause inflammation and scaring which damage the cells’ DNA and those changes result in uncontrolled cell growth. If the fibres are swallowed they may reach the abdominal lining which causes peritoneal mesothelioma.

Mesothelioma that has been caused by exposure to asbestos occurs environmentally, occupationally or by second hand exposure.

The link between asbestos and lung disease has been known since the 1800’s, however the link to mesothelioma has only been known since the 1960’s. Asbestos was heavily used in construction just after world war ll until the mid-1970’s, and thus the cases of this cancer are expected to rise sharply as those who worked in the industry get older.

Asbestos is a material heavily used in construction as insulation. It is heat and fire resistant. It was used widely in the following industries;

Asbestos comes in three main types, white, blue, brown. Brown and blue asbestos have been linked strongly to mesothelioma. The use of all asbestos has been banned in Australia, but is still present in some old buildings and abandoned sites. 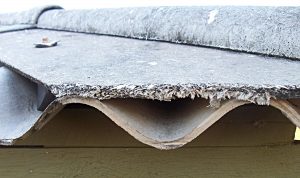 People living in areas near large deposits of asbestos, which is a naturally occurring mineral in the environment, have also been shown to have an increased risk of mesothelioma.

The risk of asbestos related illness is higher for people that worked directly with asbestos raw minerals or products that contained asbestos daily. The occupations in which mesothelioma is most prevalent include;

Asbestos removal is highly regulated and people or business that do not follow the regulations are heavily fined. The use of asbestos was restricted in 1970’s but workplace exposure still occurs.

Families of workers were also at risk as workers came home with asbestos fibres on their work clothes, hair and tools which exposed them to asbestos as well.